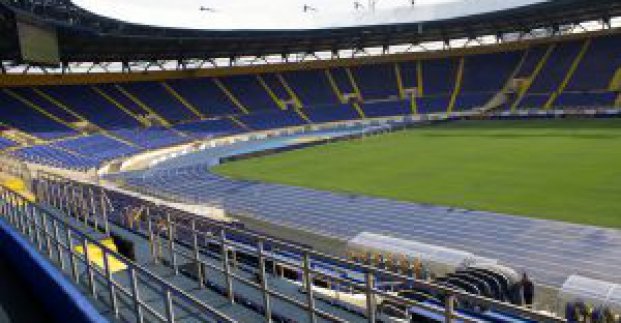 Dutch companies which organize transporting, settling and leisure of fans and representatives of the cities which receive EURO-2012 met today, on the 9th of November, in Kiev.
The meeting was in the conference hall of the National stadium “Olimoiysky”. The director of the Department for issues of preparing EURO-2012 on football Alexander Nechiporenko took part in the meeting.
He informed that people from Dutch television are going to visit Kharkiv tomorrow to make a small film about the receiving city.
“It is possible that the Dutch team will play in our city. That is why the Dutch want to make a film of our city. They plan to visit the main objects of EURO-2012: the stadium, airport, potential fan-zone and everything that may be interesting for their fans”, - Alexander Nechiporenko admitted.
He also informed that tomorrow in Kiev there will be a test meeting with representatives of German companies where they are going to discuss settling and organization of German fan visit, if their team would play in Kharkiv.