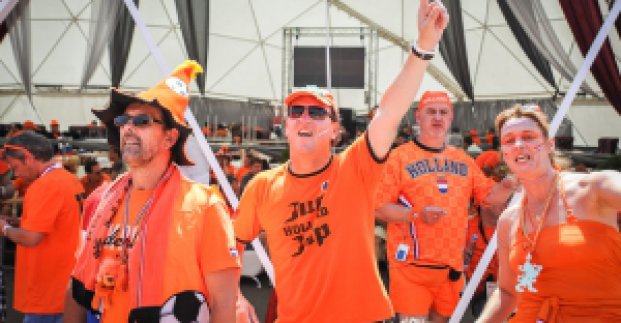 The anniversary of EURO-2012 will be held on June 17 in Kharkiv.
Kharkiv deputy mayor in questions of family, youth and sports Oleksandr Popov told about it.
According to him, they will open places for communication of fans of the Dutch team as a part of celebration. To implement this they have invited tenders among bars and cafes where the fans of football games will gather. These cafes will have specially equipped places in Dutch style. Souvenirs, flags, scarves, ribbons, hats, t-shirts, badges will be provided for the cafes by the diplomatic services of the Kingdom of the Netherlands and the fan-club of Dutch national team. The cafes which will receive fans are planning to arrange a viewing of internal championships and matches with the participation of Dutch national team.
Besides, Kharkiv historical museum will open the exhibition dedicated to the events of 2012 in Kharkiv involving the fans of Dutch national team who lived in “Orange camps” in Zhuravlevskiy hydro park. The display will be represented with the photos,  souvenirs and correspondent football emblems.

16 January 14:24
The representatives of the 11 countries will visit Kharkiv on the City Day
Tags: foreign delegations, anniversary, City Day