System of prizes of Council of Europe is an important instrument for improvement of relationships between all the countries and citizens of Europe and for spreading the idea of the united Europe. It was founded by the decision of the Cabinet of Ministers of Council of Europe in 1955. the Diploma of Europe is the first step on the way of getting the Prizes of Europe. They are: the Honorable Flag of Europe, the Honorable Table and the Prize of Europe. Municipalities and regions of Europe are honored with these prizes for European activity, development of friendship and cooperation between regions of Europe and for deepening of bounds between them.

Getting the European Prizes is not only rising the status of the city but opens wide possibilities in area of cooperation with perspective cities and regions and international organizations and funds.

In  April of 2003 at the meeting of the Committee of Council of Europe on the questions of local and regional questions Kharkiv was honored by the Diploma of Europe for a considerable contribution into spreading the idea of European unity and development of European Community. On the 26th of June in Strasburg an official ceremony of praising was conducted.

In a year, on the 30th of April of 2004 the President of Subcommittee of Prizes of Europe Commission of protection of environment and agriculture sent a message in which he informed that “The Honorable Flag of Europe” had been given to the city council of Kharkiv”. 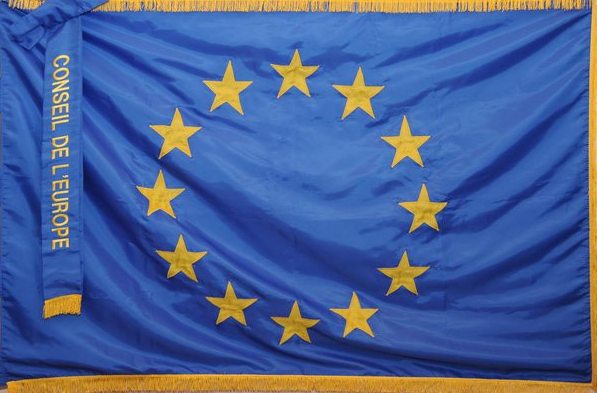 The Flag of Council of Europe symbolizes a blue sky of the western world, and there are 12 golden stars on it, located in a shape of a circle, which symbolize a unit of Europeans. The amount of stars is unchangeable and it is a symbol of perfection. The emblem was approved by the Cabinet of Ministers of Council of Europe according to the general consent recommendation of the Parliament Assembly on the 8th of December of 1955. Since May of 1986 it is an official emblem of European Commonwealth.  . 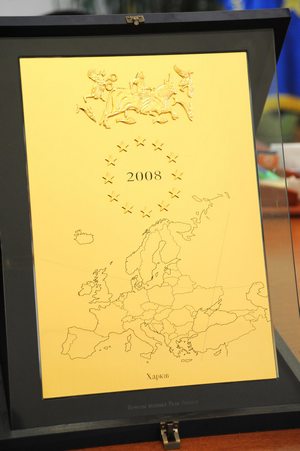 The Honorable Table is the second in importance and the last step to the main prize of Council of Europe – the European Prize. An official ceremony of commitment of the Table of Europe occurred on the 23rd of August of 2008 in Kharkiv in Konstitution square. Delegations of 16 twin-cities of Kharkiv took part in the ceremony. During the ceremony an Honorable Member of the Parliament Assembly of Council of Europe Victor Rufie marked that it was a great honor for him to commit a high prize to Kharkiv for the second time and that the “power bodies of Kharkiv and kharkovites do a lot to make their culture popular in the world and in Europe”.

In April of 2010 Kharkiv on the general consent of the meeting of Council of Europe got the highest European Prize – Prize of Europe.

The Prize of Europe was founded by the decision of Cabinet of Ministers of Council of Europe in 1955 as the highest prize for municipalities and regions of Europe. The Prize consists of a memorable prize, a medal, a diploma and a scholarship for young people for the city which won the prize, who can go to Europe to study. 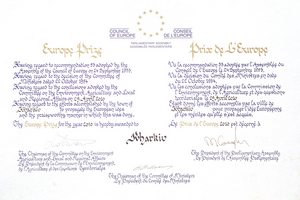 An official ceremony of praising occurred on the 23rd of August of 2010 on a specially called the 47th session of Kharkiv city council of the V calling. One of the most presentable in history of the city delegations arrived to Kharkiv to commit the Prize. On the head of the delegation there was the President of PACE Mevlut Chavushoglue. The President of PACE accentuated that the prize of Europe arrived to Ukraine for the first time and said: “All the members of Council of Europe were surprised pleasantly by the fact that Kharkiv had developed so many strong bounds with the twin-cities and partners. A great amount of people took part in this amazing event and it became a great achievement for all of them. We want to thank all the kharkovites for their participation in this work”.

In his reply the executive deputy of the mayor of Kharkiv Gennadiy Kernes underlined the historical importance of the event: “In 2010 we celebrated the 65th anniversary of the Great Victory together. That is why it is so important and pleasant for us that the Prize of Europe is committed to Kharkiv today exactly. We see a great historical sense, it Is not the commitment of achievements of young kharkovites only, it is a thanksgiving to our veterans who gave their lives for salvation the world and those who built Kharkiv again. All the wealth and glory o four city is a result of creative work of all the generations of kharkovites”. 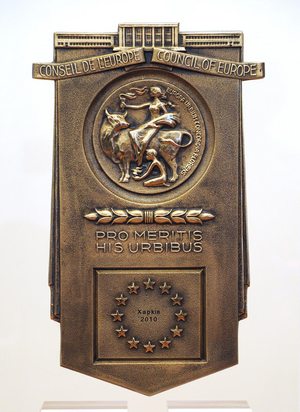 Melikh Gockchek, the mayor of the capital of Turkey Ankara took part in the ceremony. Ankara won the Prize in 2009. According to his words it was a great honor to get such a prize (almost 100 cities of 50 countries took part in the conquest) and that commitment increased Kharkiv international authority greatly.

Kharkiv confirmed a high status of a laureate of European prizes when the city had become one of the cities which receive matches of the final part of EURO-2012.