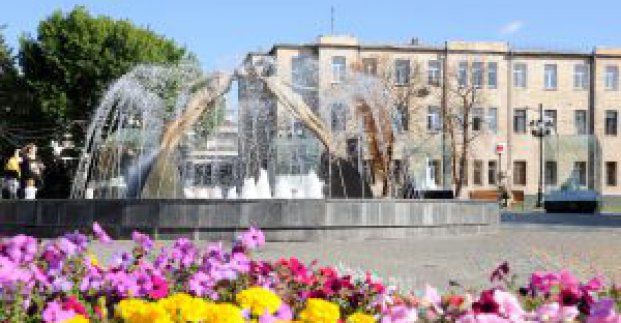 The city is getting ready to host second wave of tourists from Europe who is attracted due to the UEFA EURO-2012.
On August, 1 Julia Zgurs’ka, the deputy director of the international collaboration Department, informed about it.
According to her, from the viewpoint of tourist interest UEFA EURO-2012 was carried out on a great level that is why European guests not only expressed their wishes but also assured they are going to return to Kharkiv.
Julia Zgurs’ka told that September is the most favorable time for tourists. Besides, new monuments and reconstructed Gorky park will have been opened till that time.
The deputy director of the department informed that tours will include historical, architectural, leisure and  entertaining Kharkiv sights.
Julia Zgurs’ka clarified that all tourist programs are divided into three divisions. First division «To get acquainted with the city» contains brief general sightseeing tour that lasts about 3-4 hours. The second is named «To know Kharkiv better». It includes one-day tour that will give an opportunity to find out more about the history and life of Kharkiv city. The third division is dedicated to profound two-day tour named «To fall in love with Kharkiv». Such a division will allow a tourist to choose the program that will allow him to know Kharkiv from different sides. In particular, one will be able to learn about night-life, shopping and leisure time of Kharkiv city.
The deputy director of the department specified that during the last couple of years the department has been pursuing an issue of underground Kharkiv excursions. Besides, this issue interests foreign tourists as well. She emphasized that they are developing the issue of adding catacombs of Kharkiv into the routes. However, this addition should be absolutely safe for people who are going to visit this places.