International center “School of Hospitality” was opened in Kharkiv
19 January 2013 12:17 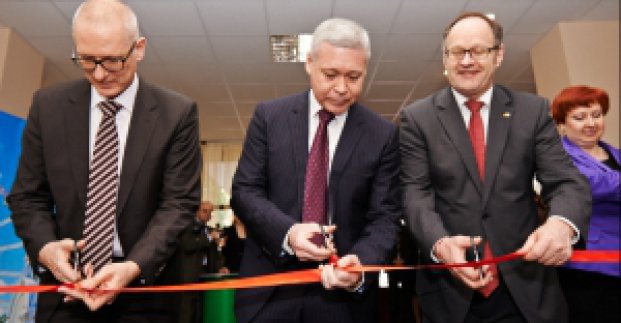 Ukrainian-German Training Centre “School of Hospitality” is opened today, April 19  on the basis of “Airport” hotel.
The opening ceremony was attended by the deputy of Kharkiv mayor in questions of development and maintenance of the city - Igor Terekhov, Consul General of Germany in Donetsk - Klaus Zillikens, the director of the project "Consultancy of administrations of Euro-2012 host cities" of German organization GIZ GmbH - Matthias Brandt.
The director of the project of German International cooperation organization emphasized that the center will become the basis for practical training of proficient employees who will be able to reinforce practical training in tourism and hotel industry here. In his turn Kharkiv deputy mayor marked that “School of Hospitality” will contribute further development of tourism industry in Kharkiv.
"This event again emphasizes the seriousness of international image of Kharkiv. We actively develop tourism in the city and today ceremony provides evidence that Kharkiv becomes tourist resort area of Ukraine. I am sure this center will give powerful impact on further development of this field in our city and prepare high quality employees in hotel industry. I would like to express my special thanks to Consul General of Germany in Donetsk - Klaus Zillikens and to project coordinator - Matthias Brandt,” - Igor Terekhov emphasized.
After the opening ceremony the executive committee of Kharkiv city council and German organization GIZ GmbH signed an agreement for development of cooperation in the sphere of municipal marketing and tourism.