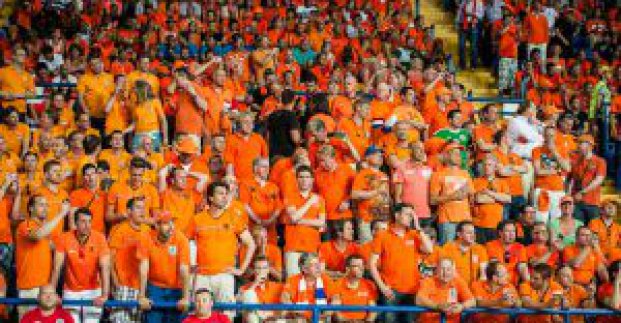 110 thousand 646 fans visited three Kharkiv matches  of UEFA EURO 2012.
The website of Kharkiv Regional State Administration(KRSA) informed that deputy of the chairman of KRSA Juiriy Sapronov told about this.
He clarified that the Dutch fans were in majority — more than 40 thousand. There were more than 10 thousand German fans, about 8 thousand Russian fans and about 5 thousand of fans  from Denmark.
Juiriy Sapronov also told that passenger traffic increased in all the types of transport during UEFA EURO 2012.
«From June 6-19 through the automobile pass tickets followed 847 buses with more than 22 thousand passengers.  The passenger traffic in air transport increased to more than 4,5 times(in Lvov it increased twofold). From June, 8-18 Kharkiv airport took about 53 thousand passengers. On June, 13 on a match day between German and  Holland 194 airfield operations were carried out(98 on June, 9 and 82 on June, 17). On Southern Railway general  passenger traffic was about  9,5 thousand people on June, 9-18», - the deputy chairman emphasized.