The better part of Europeans who visited Ukraine liked the country
26 January 2012 19:01 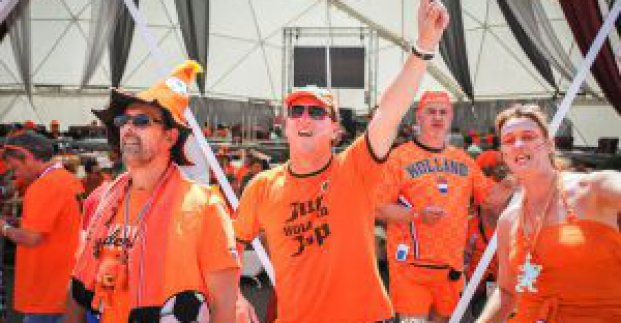 More than half of Europeans who visited Ukraine during the UEFA EURO 2012 improved their opinion of the country.
These are the results of the survey of «GFK» company according to the order of Institute of world policy.
The study surveyed 1048 respondents who come from EU countries. The survey results show that  the majority of respondents (84.64%) had never been to Ukraine.
More than half of Europeans (57.25%) said that the organization of the championship has improved their impression of Ukraine, 55.82% said that after visiting Ukraine they feel sympathy to the country, 37.5% said they feel respect to Ukraine, and 31.87% expressed a desire to support Ukraine.
«The research has shown that ordinary citizens of the EU have kind disposition towards the European aspirations of Ukraine and the individual components of European integration, such as the introduction of visa-free regime»,- the results of the study show.
In particular, 42.56% of those polled Europeans believe that Ukraine deserves to be the EU in the near future, 30.92% believe that Ukraine can join the EU in the medium term if it improves the political and economic situation. Only 2.77% said they don’t want Ukraine to be in EU.

05 January 11:43
Kharkiv-2012: The history of the championship that was created together
Tags: Euro-2012, Football Federation, Kharkiv
Latest News
more news