A number of street dogs attacks against people has decreased over the last year
26 January 2012 14:15 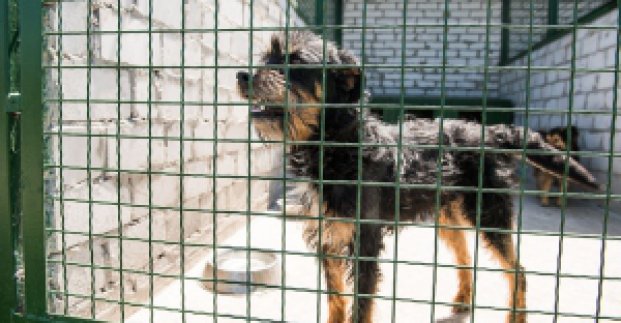 A number of street dogs attacks against people has reduced due to the new procedure of trapping.
Yulia Shapovalova, the director of the communal enterprise "Animal handling centre" informed about it in the pressroom of Kharkiv city council on December, 26.
She emphasized that "Trap-Neuter-Return" method, which was used before, appeared to be not effective. "The growth of the number of dogs in the streets and bitten people was observed. After the analysis of state regulatory agencies and international experience, in 2010 this method was replaced with an irretrievable trapping," - Yulia Shapovalova marked.
The director of the centre informed that over the last year the number of people who sought medical attention because of dog bites decreased to 28%, when during the method of returning animals to the street these figures steadily increased. The total number of bites has decreased to almost 10%.
Yulia Shapovalova also noted that animal protection organizations who consider a new method  to be inhumane, actually provoke cruelty to animals. "Animal protectors work to ensure that we return animals back to the streets after catching them. They believe that life of stray animals is good. In fact, a dog on the street continues to suffer from hunger, weather and disease," - Yulia Shapovalova marked. She also stressed that stray dogs create extremal situations on the roads, and over the last year six people suffered in the accidents because of animals.
Yulia Shapovalova told that all the captured dogs are screened and get appropriate aid in the centre. Those animals that are healthy, socialized and are not afraid of people find new owners. Sick, aggressive or very old dogs are exposed to humane euthanasia. The head of the centre emphasized that in this case euthanasia is solely used to stop the suffering of the animal.