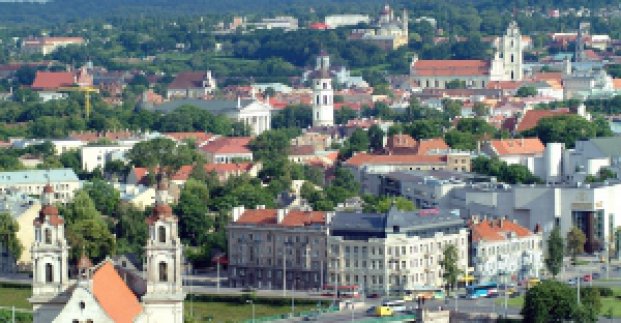 The delegation of Kharkiv city council took part in international conference that was held in Lithuanian Republic.
The official delegation of Kharkiv city council in the head of Diana Borisenko the director of  Arrangements Department visited the Republic of Lithuania on May, 12-16.
The conference was held in town hall of Vilnius. It was opened by the Minister for Foreign Affairs of Lithuanian Republic Linas Linkevichius, deputy prime-minister of Ukraine Konstjantin Grishchenko, minister-president of Saxony Rainer Hezeloff and mayor of Vilnius Arturas Zuokas.
As a part of the visit Kharkiv delegation also met with the vice-mayor of Kaunas Vytautas Vasilenko  and the head of the international relations department and protocol of Kaunas Administration Raimundas Shmitas. In the course of the meetings the sides discussed the issues of further development of partnerships between Kharkiv and Kaunas.
Note. Kaunas is a partner city of Kharkiv. The cooperation agreement between the cities was signed on April, 23 2001.