Kharkiv and Kaunas signed the protocol in exchange of experience to Eurobasket-2015 preparation
29 January 2013 17:36 Within the preparation of hosting matches of European Basketball Championship 2015 operational delegation from Kharkiv visited the Republic of Lithuania.
The delegation was headed by Igor Terekhov, the deputy mayor in questions of development and maintenance of the city. During the visit to Klaipeda, Siauliai and Kaunas cities Kharkiv delegation held meetings with the chiefs of the local government bodies, leading architects and design engineers of multi-purpose sport arenas who provided the international success of Eurobasket 2011 in Lithuania.
Besides, during the visit they signed the protocol in exchange of experience between  Kaunas city -  host city of Eurobasket 2011 in Lithuania and Kharkiv - partner city for preparation and hosting of the final part of  Eurobasket 2015. 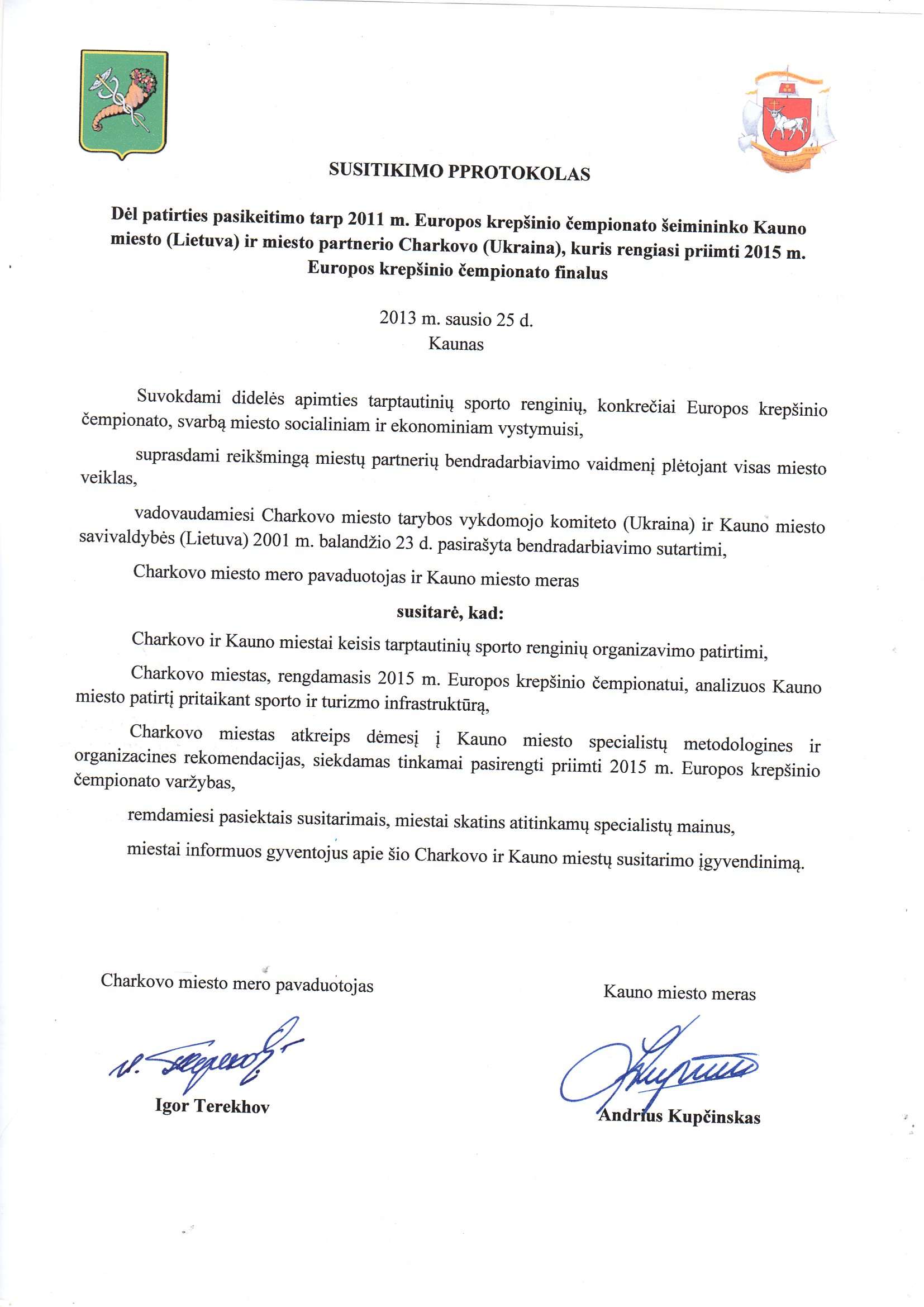