Kharkiv has signed a memorandum on cooperation with Ankara
02 January 2013 11:02 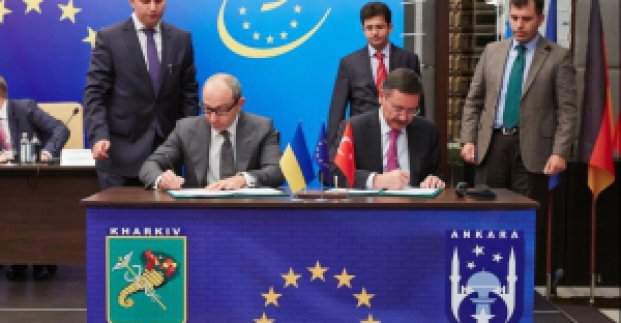 Memorandum on cooperation between Kharkiv and Ankara was signed today, October 2, at a meeting of the Presidium of the Association of Cities of Europe Prizewinners.
On the part of Kharkiv the memorandum was signed by the mayor Gennadiy Kernes, on the Republic of Turkey - Ankara mayor, the president of the Association of Cities of Europe Prizewinners - Melih Gekcek.
At the end of the signing parties exchanged the souvenirs. In particular, Gennadiy Kernes presented to the mayor of Ankara a figure depicting Fountain "Mirror stream" that symbolizes Kharkiv.

18 January 17:02
Kharkiv and Genoa are planning to cooperate in the field of economy and education
Tags: cooperation, Genoa, partnership