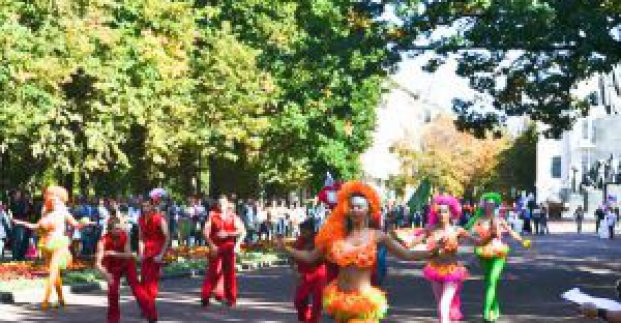 The second «Salsa-fest Carnival» passed on the 17th of September on the main alley of Shevchenko garden.
The celebration was opened with a big Carnival walk from the monument to T.G. Shevchenko. Dancing skills of five professional salsa teams was estimated by professional jury. Latina-club “Kharkiv” headed by Irina Yasnogorska became the winner of the competition.
Then there were master-classes on salsa at the main stage of the event. Also the visitors of the fest could watch dance improvisations in salsa, bachata, salsa-rumba styles and the performances of the best dancing teams of Kharkiv.
1500 kharkovites and guests of the city took part in the festival.
The department on issues of family and youth of Kharkiv city council, Kharkiv municipal center of youth leisure together with Kharkiv public organization “Association of social Latin American dance” became organizers of the event.

Information. Salsa is a national Cuban dance popular all over the world. As an independent dance movement it appeared in the 70-s of the last century. They dance salsa in groups or in pairs usually.