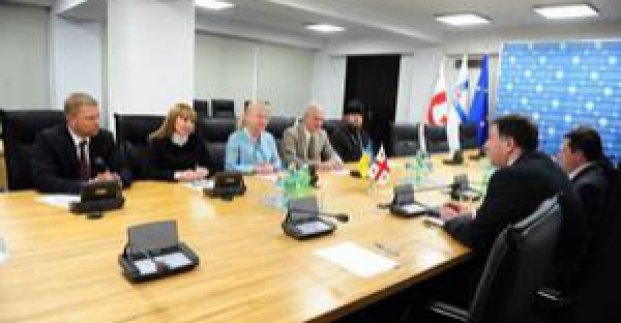 The official delegation of the Kharkiv city council took part in "Tbilisoba" festival – the celebrations of the Day of Tbilisi on October, 5-6.
During the official visit the representatives of Kharkiv delegation discussed the prospects for collaboration between the two cities with the Mayor of Tbilisi Giorgi Ugulava. The sides emphasized the traditional friendly and open nature of the relationship between the Ukrainian and Georgian people, the efficiency of partnerships between the first capital of Ukraine and the capital of Georgia.
As part of other Ukrainian cities that participated in the festival Tbilisoba, Kharkiv City Council delegation visited the Embassy of Ukraine in Georgia and met with the President of Georgia, Mikheil Saakashvili.